Within a few weeks the sane will have done everything possible to convince our fellow citizens that COVID is not only a matter of public responsibility---a fact which apparently will not move a significant portion of our population---but that it is also likely a matter of personal survival. If the Delta doesn't kill you, another more virulent strain will be coming next if we do not manage the disease. 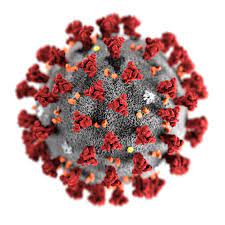 The numbers are indisputable and despite increases in vaccination the enormous number of people who will not cooperate will spread infection, get sick, claim valuable medical resources, give the virus further opportunity to mutate into even more virulent forms, and may well die.
Some are saying that all the persuasion, bribery, counseling, cajoling, ease of access, and even shaming has now been concluded. Like the true Trumpist, there is nothing more that will penetrate their beliefs. Say, do, feel whatever you want and that makes it true. Have we heard this before? Wait for it.
Capitalism has incentivized and will now be used to create important disincentives: what if you can't fly, go to work, or visit a restaurant without proof of vaccination. How far will mandates go to isolate those who refuse to abide? We're on the honor system in my neck of the woods, virtually no one wears a mask, and I am confident that far less than 50% are in fact vaccinated. I don't trust my neighbors' judgments or choices.
While I'm confident that my contracting the illness at this time would prove mild and with little chance of hospitalization (much less death), I find myself simply not wanting to be anywhere near people I cannot trust to make the simplest decision based on the evidence of science. And there lies an important part of the problem.
We are not contending with people who _value_ science even if they in fact understand its methods and discernible conclusions. Now I am willing to concede that the majority of Americans are nearly wholly illiterate in the fundamentals of science and the basics of critical thinking. However that plays into our equation, it is the value of scientific knowledge that is in question, not its comprehension.
As we all know, science can be mistaken because it is human and knowledge is subject to revision. In the present case, of course, there is little left to dispute and the situation is grave and plain: the vaccinated are not getting sick and the unvaccinated are spreading disease, claiming important resources, and dying. So in the face of the evidence (and the odds), why is this population impenetrable?
I think the answer to that question is complex even though I am about to suggest that there is a "dominant explanation." Some claim to be suspicious and distrustful of all authority. But somehow these same people will license their cars, stop at lights, get on an airplane they don't control, and eat blue Fruit-Loops. Just where their compliance ends or where their doubts begin is complicated by their irrationalities.
The point of course is that there's not much rational left to argue about or for: their faith lies in a neurotic need to claim an identity rooted (as we all are) in anxiety, fear about a world that is beyond control. Their particular version of this common human situation is to assert a personal reality no matter what other evidence is presented.

This situation must remind us that mental illness is not in the least uncommon. It's illness because there are better, healthier ways to live in a world that does indeed warrant degrees of anxiety and fear. Living well is coping with a world in which we are not the authors of our every choice or circumstance.
Others may express their "truth" as a political conviction or feel compelled (with or without awareness) to adhere to the shared tribal claim (the price of violation being excommunication of some kind). But now we're closer to my point: it's getting religious, this is about faith or sharing a faith. This is about asserting a claim rather than working within shared systems of experimental knowledge. Put simply, it is belief in lieu of critical thinking. Belief may or may not inform faith but it is the faith itself that will kill them. It's not hard to see why.
Republicans---the majority of the unvaccinated---are not only fiercely tribal but also more inclined to put their religious faith in front of any human understanding. Not all religious people are as captive of the faith vs. science problematic---and that problem is worth a few more words.
The church historically has posited that its incontrovertible truths are God's revelations and that human choices are fundamentally flawed, incomplete, and unreliable. Thus science as a human endeavor cannot produce truth that contravenes tenets of faith. In much of American Protestantism it need not be some or another _tenet_ of faith, doctrine or idea, but the _faith itself_ that must be upheld. Thus, it is not what one believes but belief itself that must stand over any method, evidence, or outcome that is _wholly human_.
When mandates (coercion) and money (incentive) can't work it is faith that leads the way. When larger social pressures fail, it is faithful to remain in your own neurotic conviction or within the group that shares faith (or face the consequences). When people are literally dying _and_ denying the reality of the disease as much as the vaccine, the problem is not their beliefs but belief itself. The particular beliefs are window dressing. The matter cuts deeper.
Faith is killing them, no matter what other ideas, skepticism, or resistance they profess. They have been taught that faith is not only superior to the provisional, constructed values of human knowledge hard won by experiment, failure, and putative success, but that these are not to be trusted or valued if faith somehow tells them otherwise.
Human beings are wholly capable of inventing worlds of conviction that have little bearing on the facts. Facts are, in the end, merely human and thus inferior to faith. Facts may obtain in some limited realm of conditionality, but the most important matters in life are matters of faith. This is what people have been taught since, well, more or less ever.

Faith is not certainty because faith is thought to be better than certainty. Faith provides not only what limited, conditional human knowledge cannot, it surpasses the problem of certainty. Note, I didn't say that faith solves the problem of certainty, only that it surpasses it. Faith allows for uncertainty but its more powerful feature is that it also creates a shadow of distrust for all that is human in creation, like facts.
How can we know for sure if we are merely human? Well of course we cannot. But with faith we no longer need to bring the problem of certainty into the equations of choice or understanding. Faith provides what our shared absence of certainty clearly reveals: we are vulnerable beings because we are forever incomplete in knowing. Rather than that fact being the best we can do, the reason we must trust in the best human accomplishments, it becomes the reason to believe, to have faith.  Next thing you know it's another reason to "cling to guns and religion."

We are all uncertain beings but with faith our human limitations are revealed and our power over human truth is addressed---with religious truth. Religious truth is tested only inasmuch as it causes the "crisis of faith" as Kierkagaard put it, but the "knight of faith" endures while the crisis itself gives license to reject mere human truth. As if we had more than that mere human truth.  Where there is faith there is the "truth" of one's own immovable fantasies. We are left to distrust the human rather than revere the imperfect and, in this case, life-saving processes of learning.
Posted by dbrk at 8:59 PM