Lawlessness is the Oldest Story of Power in America

Let us recount what happened on October 23rd, 2019, in the basement of the Capital Building, Washington, D.C. How could they get away with that? What just happened?

What we saw yesterday and what we are seeing from Trump is as old as America. The Republicans storming the SCIF and Trump's lawyers arguing that the President can commit murder without consequences. How much lawlessness will Republicans assert to be their exclusive right? Why do they think they are above the law? Because in America such people have always been above the law. 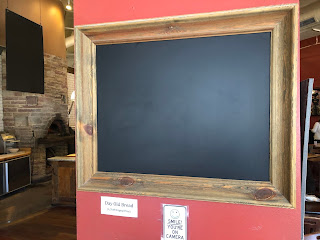 I'm going to repeat here what I wrote elsewhere, if I may? There is something far more nefarious at work here but it is nothing new. That's kind of their point even if they aren't full conscious of it---they know nothing will happen to them, that there are no consequences. Why?

This sort of "stunt" holds together an underlying narrative of white male supremacy. These clowns believe they will get away with it because of who and what they are. Just like Trump believes he can get away with murder if he wants. White Americans love their outlaws. Jesse James was a Confederate, let us not forget that. It won't matter how he died or what he really did---it's the outlaw that embodies the insouciant indifference to the law and the lawlessness itself is deemed not the privilege that it is but the entitlement it claims. Thus the Republicans exploit privilege and claim entitlement, all in the name of their grievance and victimhood. This is textbook white male supremacy.

Now make the contrast. Obama wears a tan suit and the world is deemed lost. The horror! The violation! The abuse of power! I use that particular contrast to further the point that it's the white clown car's desire to seize on the meaningless and the trivial to take us away from their agendas and, at the same time, assert their "power." In this case, power means doing whatever they want because they can. It's a further legerdemain too, a distraction not merely for the sake of noise and fog but because they don't have the facts, the evidence, or the argument on their side. And when you got nuthin', you pound your fist and stamp your feet. Cue the escalator of aggrieved white guys.

There's a deeper evil that uses such superficiality to keep their rubes cheering. They want to be lawless because laws are for other people. They assert their power and remain unscathed because they can mock a serious situation and use impunity to make their dangerous point look comic. It's in fact nothing like President Obama's tan suit but rather a real affront to national security and then...nothing happens to them.

Male whiteness wins again. It's Rambo, Frank and Jesse, it's fact-free, it's assertion and right without evidence or reason. It's the ability to reject the system and claim the mantle of power again and again because they believe it is theirs to own. And no sharing. No one else can dispute their privilege or question their behaviors. If others did this? Think about it.. If this had been "the Squad" or a minority caucus, imagine the clamor. Imagine what Fox and Breitbart would be saying.

But I think those good folks would not have acted out with such puerile and callow disregard for truth or shared values. Their opponents actually mean to respect the institutions they represent. If you doubt that claim ask your self: Would Elijah Cummings have done such a thing?

These white privileged men are in truth incorrigible, childish nihilists who will do anything to remain in power. They think they are the institutions, that they answer to no law, no norm of decency, no matter of character, and that no one else deserves such privilege. That's an important part of the history of America. There are others, like Elijah Cummings.

Outrage Fatigue and the Edification of Self, What Are We to Do in Such a World? 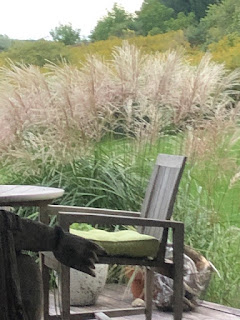 One of the effects of outrage fatigue is our frustration with wanting to know, to keep up, to stay involved with the facts.  We have a need to find some relief and engage the joy that we know is ours too. The assaults on decency, the vulgarity, the sheer venality cuts across every feature of their pathology---from civil rights to the planet's fate, from corruption and inequality, it seems to infect every corner of the equation.

An important feature of our fatigue is our sense of futility and helplessness exacerbated by frustrations with opposition leadership. We can rail at those who represent our rage for their own ineptitudes but we might pause for a moment too in order to assess their own limitations inside a world driven by deeply opposing forces.

It's never comforting to be reminded how the demons fight back---there seem to be no rules, no boundaries, nothing they won't do. Since we are accused of as much we register outrage by their hypocrisy and projections. Everything he says with such imbecilic, churlish invective about his opponents we find invariably refers to himself and his lackeys. It's so reliable, so obvious that what is said about others projects his own guilt, dereliction, and criminality that we want to scream. But for the most part we don't, not just from the outrage fatigue but because we're looking for an alternative world, a world where there _is_ reason and dignity, facts and a process that procures something better, something more closely aligned with justice.

We don't want to sacrifice our own dignity even as we repulsed by the constant barrage of obscene malevolence. And there is too the acceptance required that some significant percentage of our citizenry, many of whom are our blood relatives and friends, seem impervious and incorrigible, committed to the discreditable fantasies, frauds, and conspiracy claims.

As if we need more? It is disconcerting when people refuse to engage at all, asserting their privilege not to have to be bothered with matters of political and social import. There is any manner of excuse, from false equivalence to indifference or self-proclaimed ignorance, the willful disregard of a democratic responsibility in a complex world.

What is not right before the eyes can be even more easily discharged. When Trump abandoned the welfare of some 2.5 million Kurds in Syria the consequences are not our immediate experience---even as we consider how America is responsible now for even more untethered chaos and innocent death. It is another aspect of Trump's cynical manipulation even as decent people wretch. His impulse for cruelty extends in both directions: our outrage brings him and his dupes pleasure, it is a feature not merely a consequence of the pathology.

I think we have covered enough of the cause and we're all too attuned to the diagnosis. So what can we do?

First you have to take care of yourself in ways that restore you, bring you back and keep you in the fight. Life isn't going to get easier by walking away. Abdication is for kings, not for citizens of a democratic republic. You can take a break. You can't decide for indifference or worse, helplessness. It's surely okay to let someone take your place on the front but cowering in privilege or impassivity won't do. Do what _you_ can do. You have a great heart. That heart is literally made of courage. Courage isn't a virtue, it's what you need to have virtue. Goodness must be created because it's not going to appear without you and however it manifests in you as an individual, it must be made to contribute to something greater, larger than yourself.

This is not some call to heroism. It is what it will take just to live with yourself. So rest and care for the things that make 330 million small differences in an everyday life. But rise to the occasion. Everything really is at stake.

Like it or not we must turn to leadership and that leadership has all sorts of pratfalls that can disappoint and deflate. But if we trust in their basic morality then we can live with their frailties and ordinary incompetences. These folks can be influenced and moved by _your_ voice and by _our voices_. No matter how bought and sold or corrupted by power, they are still exposed even if they seem unresponsive or unpersuadable. They need you and _we_ must act.
Power lies in collecting voices and votes, in delivering an unrelenting message. This may require interrupting your busy day.

Last, remember that fatigue is as normal as outrage. Crisis is an ordinary state of affairs too. But because these are normal---and by that we mean natural, acknowledged, and common---it's important not to normalize with apathy or mere disdain. That outrage you feel? It's not just depleting or undermining your happiness. Actually it is part of what grounds your character and shores up your other feelings.

Such an outrage must keep the company of its own light and shadow: outrage needs composure, it needs to make a compact with reason and bring heart and mind together. Like it or not, we are not simple beings so we must learn to live in a sustaining complexity. If you love, you will grieve. If you want peace, you will need the shadows of anger and frustration to derive the equations.

We need to keep greater company, not allow feelings to exist in isolation or thoughts to take too much comfort in certainty _or_ doubt. We need to participate in a greater sense of self, as individuals and in communities, with patience and compassion a part of the alchemy of our inner fury. How to accomplish any of that? We are going to need _more_ selves to live with our self and a deep desire that informs our better angels.

We are going to need stories worth telling and tell our stories. Those angels aren't all tranquil, much less sedate or soporific. The come armed and ready with all they need to face a world that will not fight fair. Our task is not to sully ourselves, not to demean the possibilities of human goodness but instead to _make more_ of what we know we can do. There may be neither savior nor absolutions but there is our human capacity to make more and better when we commit to the real and difficult tasks of being alive.
Posted by dbrk at 6:25 AM No comments: