Can We Be Whole in a Partisan World? The Superficial Truths Need to Come First

This weekend I read about a man who was privileged enough to retire, buy an island, live alone for decades, spending most of his time planting trees, and then refusing millions of dollars to sell his island. I could be that castaway because I feel ready to cast away this world. Is that a time in life or feature of the world? Could it be both? This may just sound like complaining. Or even envy. If it does then apologies in advance. I think there are a few points to make and when they are less then sanguine or "hopeful"---not a word or even an idea that I much fancy under the best of circumstances---even a point worth making can sound peevish or malcontent. 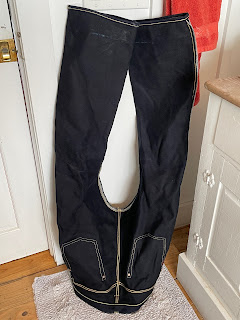 Alas, there is more talk of secession and what Congresswoman Greene is calling a "peaceful divorce."  I am in favor because their alternative is undoubtedly violence against those they despise.  Good Christians are what they call themselves.  I would agree: there is nothing unusual about their Christianity.

(Not all, blahblahblah.  Not all is always true, which means it isn't interesting or the point.  If someone somehow identifies with "Christian" are they responsible for these dangerous fools too?  I think not.  But what are they thinking?) 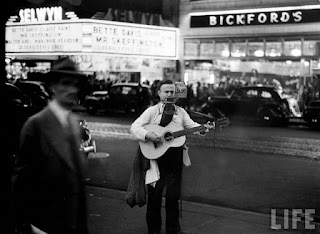 Christians began in apocalypticism those 21 centuries ago and they are still at it.   The End is near.  The End is not our fault but rather it is theirs: it is sin, they are the sinful.  We are the saved.  Well, we are too sinful but not like them.  They need to be extinguish, that is God's work that will expiate our sin.  Redemption is nigh!

Some people never learn or, to put it more honestly, can't learn. And when you can't learn from your mistakes because you can't admit them or accept what life really delivers, you create the religious fantasies you need to address the fear, anger, anxiety, and delusion that are only further stoked by the narratives you are creating.

This means that the cycle of delusion that comes with religions that teach us we are helpless to understand the deeper facts will only advance: the incapacity to address the problematics of truth only fuels more of the same.  So we cannot know and yet we are the ones who really know.  It's that kind of absurdity we must contend with.  These good Christians believe it is all God's plan and that it is both a mystery and perfectly available and clear.  Clear?  Umm, sure.

Apocalypticism postpones what is coming but is always basking in the certainty that it is.  You don't know but you could know.  The paradox must abide: we are at God's mercy and that too must also come with a dose of secret, esoteric knowledge that confirms one's "deeper" understanding. This is why our crazy Trumper uncle who is of course a "good Christian" is reading those websites and telling us all about our ignorance, the "real" truth, and more stupitshit: he has to be privy to the "real" truth.  Another key to the end is near is that "they" are the devil. The next move is to "stop the steal" by stopping "them" from butdestroying what is "ours."  You can Make America Great Again while the world is also ending.  Go figure.  But this is no joke.

Trumpism is just Neo-Fascism, which is why these Christians are his most ardent supporters. It's all of a piece: we are the rightful heirs, the true believers, we are the ones who must stop "them." So all of this talk about guns and secession is not idle talk. January 6th was prelude and Armageddon is not far if we just take them seriously. We should. Your life might depend on it. These are Christians who will send any of us to death in the name of their savior.

Once in a Divinity School class in front of a whole clowder of Christians, I said aloud "people who can believe a human being resurrects from the dead will believe anything..." and so long as it is said to fulfill a fantasy of denial and invention.   (N.B., this comment did not go over well.)  I cannot wish misfortune on these folks but they are likely anti-vaxxers and Trumpers and all the rest too---and so I have no shard of concern for their outcomes. I hope they take care of each other and are less of a burden on our already burdened world.

Good people will suffer because stupid people do willfully stupid things---is that too much to admit? Why is it that people we think are not stupid do such things? Because fear and anxiety are far easier to access than calming powers of reason and tolerance. Despair and hope are light and shadow, of course, but it's the way fear can stanch empathy that poses the greatest risk to "others." Our crazy uncle might love us enough not to shoot but certainly not if we were "them." Otherness is anxiety's scapegoat.

I ask rhetorically about their burden because it sounds so cruel and I don't like that feeling. I do feel for their pain and the horror of their loss. I don't need my own house nearly burning down to imagine what it feels like to see your house burn down. The powers of empathy require imagination and care---we can reach across consciousness into other's hearts if we dare to think that the other is another form of ourselves. The fine line is always present: I am also not you, which means I cannot pretend to know your life, even as I am nothing but you. The place we must inhabit to coexist is that somehow I am like you.

But compassion fatigue is no sin, I say, when it is the honest outcome of offering more than is deserved that is received with dismissive opprobrium. So, let them burn. May the rest of us survive and flourish, best we can.
Posted by dbrk at 9:12 AM No comments: