Good Faith Arguments Without Faith and a Definition of Bad Faith

I have long railed against "faith" as a universal category for understanding religion or even for understanding how people go about being human. I am not a person of faith if the contrast is to evidence, analysis, and facts such as we know them. The latter may be provisional and incomplete but they are sure better than "belief" or "feeling" that flies in the face of the former. You can't tell me that one got up from the dead when all the rest of us stay dead---however if you convey that faith to me, you may not be acting in bad faith. You are just wrong about the facts and we can then decide how much that matters to the rest of us. When someone's faith becomes problematic to the welfare of others then it is no longer a private matter. 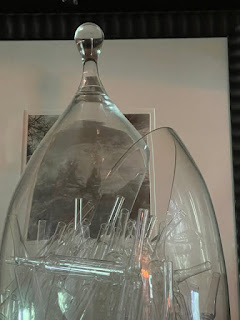 I'm wounded about "faith" too because I studied with an eminent scholar who wrote a book called Faith and Belief that I feel confident in saying was among the worst efforts in the theory of religion I have ever read. He was the director of my doctoral program and needless to say we could not get along. My response to him once was, "I refuse to sing from your Protestant hymnal." This did not go over well.
The obvious counterexample was right before us: Vedic ritualism is not about any kind of faith or even belief. It is about the claim that this makes that happen even when the "this" is mantra and fire and the "that" is prosperity or heaven. Smith just couldn't get that. But I don't think he was acting in bad faith---he was transparent in making his arguments and his intentions were, dare I say, noble. He was just wrong, wrong in the sense of positing a theory as universal which was demonstrably inadequate, as I in good faith was eager to point out.
He didn't dismiss me when my disdain for his theory was palpable (and still is) and for that he demonstrated good faith despite the fact that faith as such was not important. What was important was that he could take my objections less personally and that I think he cared about me---though he thought as little of my talents as I thought of his theory. We were able to argue without being too disagreeable personally. Now, democracy is tedious, cumbersome because it demands negotiation, compromise, and, above all, a good faith effort to include those with whom you disagree. In effect, it is ill-suited to instant gratification, ideological intransigence, and the kind of feel-good and make the other guy hurt that characterizes our Twitter Age.


The core of the problem is that we are not mature enough to understand that a good faith argument, like democracy, takes time to reveal its intentions and outcomes. Much like Professor Smith who may not have liked me anymore than I liked him but was actually willing to continue to act in good faith because I too was acting in good faith. That is what it took for both of us and for me to survive his program. Good faith requires patience; bad faith is rewarded when we convulse into impulses and immediate gratifications. (Krsna makes this point in the Gita, obviously.)
Obama got trounced in 2010 by voters who voted for him in 08 not only by the revivals of racism but also by the fears invoked over Obamacare's putative implications. Bad faith then furthered fueled everything that was untrue or made people dislike everythingObama. That slope isn't just slippery, it's downhill and going back uphill is something very few people are willing to do. Most hard climbs will be avoided and that is said in good faith.
People are easily scared because the world of oligarchs puts all but the oligarchs at their mercy. They have no mercy, which is what we have always known. Don't you also routinely agree to the "terms and conditions of service" set forth by Corporation Oligarch? I just did it again this morning. Why should I read the endless pages of legalese when there is nothing I can do but submit to a system that I think I need to use? When we aren't protected by the government of the people, we are on our own: and that is the operative principle of Republicans nowadays, that being on your own is better than anything we the people can create. Get off my lawn means I can say or do anything I want, no matter how it affects others.


Biden stands in opposition, actually closer to the Eisenhower Republican ethos of government rather than any socialism; that is, he wants government when it can do what individuals cannot, thus closer to "leave me alone until I need us." It's not the nanny state and I suppose I warm to some of that ethos because no one likes to be told what to do. If there were more honest (i.e., good faith) justice and less systemic prejudice we could actually warm to the idea that liberty has a cost but there is too much structural corruption for any individual to change. I doubt we can wait much longer before the world---both naturally and politically---burns down around us.
We need a society, a vast majority, willing to act in good faith. Not with faith or from faith but merely in good faith. And that is what we do not have.
A very imperfect Obamacare bill has in fact made medical care more accessible to millions who previously had none. Did you get screwed? That's wholly possible. We need not debate how utterly inadequate, corrupt, or worse our system is in America when we know no matter how bad it is, it was worse before, at least for most. If you got creamed, that's what happens in systems of compromise that turn problems into intractable disputes without any ability to compromise. But as I wade here momentarily into policy, I miss the point. The real issue is bad faith, which any academic knows is something of a technical term.

The core of "bad faith" has two principal requirements. First, one must assume the stance of a blithe indifference to the welfare of others. This isn't the same as wishing ill on others; rather, one need only fail to consider what happens to others given one's intentions and behaviors. Second, one has to prioritize one's own interests in such a way that the effort to secure one's personal interest outweighs any commitment to reveal those interests honestly. These criteria let spies spy in "good" faith while lying and allows the "faithful" to say (or even believe) in things that might be regarded as patently absurd (e.g., virgin birth).
How does one's own "faith" impact others and so become a positive detriment to the public good? When we question nominees to the Supreme Court about their religion we act in good faith when we ask such a question about their faith. Bad faith is answering knowing somehow that what you are saying ("I will act on the evidence alone...) is in fact a dissimulation. But what about the situation when you don't know or fail to appreciate your position? Can you act in bad faith when you don't know you are? I think not. I think then you are just acting mistakenly and that if such errors are pointed out they can be corrected---so long as there is good faith.
So bad faith doesn't require faith as such, it requires self-consciousness regarding one's intentions and means. When that is possible then a faithless person like myself and a faithful Christian like Professor Smith can figure out how to get along just well enough that we both survived and even flourished.
Posted by dbrk at 6:37 AM