Robert Bly is still with us and I am glad everyday for all that he wrote in his storied career. The book that followed Iron John, which was immensely influential on culture, was the little-read Sibling Society. Bly's thesis is that America has refused to grow up, that people seek attention childishly rather than do the work required to deal with a complex self in a world they cannot control. Bly was pointing to the false proclamations of freedom and the bypass, the barely concealed racism and nostaligic nonsense that was fueling the "Reagan Revolution." Robert was not only insightful, he was prophetic. 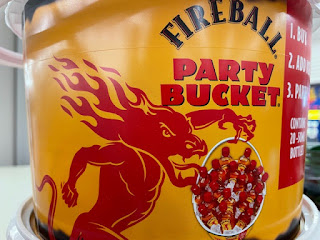 We are now a nation of three year olds with car keys and guns.
As we witness the coup of the minority Party to seize control of the government, dispose of democracy, and impose their rule, we are also watching their base embrace the failures of their narcissism. Rejecting the vaccine has become a badge not merely of stupid or absurd conspiracy theories (i.e., implanting computer chips), it has revealed itself to be the desperate need of fellow Americans to gain attention.
Finally the majority will not indulge the unvaccinated's need to be important because they seek attention. Their anguish, fear, reasons have now been shown to be what they are: excuses and foot stamping obdurate childishness. Imagine if we had to get TB vaccines that left a scar---as it is still the common badge of honor and public responsibility in much of the world where people still die from breakthroughs of this horrible disease. Republicans would have even more ways to claim their "freedom" while they endanger the sane.
Of course, there can be no liberty that rejects the injury that will be done to other. Freedom is not a free for all of your personal choices---your weaponized narcissism is not acceptable.

Unfortunately toddler-esque behavior is not limited to Republicans who appear willing to die and risk long term illness consequences to "own the libs." I have found more than a few lefty-yogis whose credibility has now been wholly undermined. If someone can't get a free, life-saving vaccine whose risks have been proven minimal, how can you trust them about anything else they say or do? The gravest threat to America and to democracy is not from abroad, it is from our fellow Americans.
Posted by dbrk at 7:49 AM No comments:


9/11 was a Tuesday and I was walking to class at a few minutes past 9am, like I always am. I didn't know that the second plane had hit the tower nor about Flight 93 or the Pentagon. I knew something horrible had happened in NYC but I went ahead and taught the class.  I think that wasn't the right thing to do and I think about that not only as a failure of vision but of my own need "to carry on" when things go wrong.  It was still too early in the day to see what these events meant.  By the time class was over at 11am, matters were before us.

Today twenty years later is a day to remember the innocent and the millions of lives changed because nihilists chose to inflict their horrors on our shared humanity. Destiny has a way of revealing both what we knew then and are yet still coming to understand. I grieve for all of these losses but never for the nihilists. 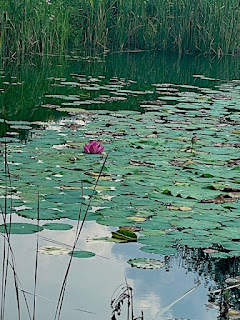 As soon as I found out the rest of the day's news I was certain we were heading down the wrong road, that our response would be even more catastrophic than the terrorists' acts. America would need a kind of vengeance that would have little to do with the terrorists, we would find some way to go to war on scale without achievable goals or purpose but to satisfy feelings of revenge. I just knew we were going to fuck this up, I mean how could we not? With Bush as Cheney's poodle it was a guarantee.

What we needed was justice and that was far too long in the coming because it was not our first aim. It's what we said we wanted but it's not what we did. You could see that coming as clearly as the planes on that perfect September day.

I take no pleasure in where we have come since that day. I can't say it better than what Michelle Goldberg wrote this week, "We inflated the stature of our enemies to match our need for retribution. We launched hubristic wars to remake the world and let ourselves be remade instead, spending an estimated $8 trillion in the process. We midwifed worse terrorists than those we set out to fight...The attacks, and our response to them, catalyzed a period of decline that helped turn the United States into the debased, half-crazed fading power we are today. America launched a bad-faith global crusade to instill democracy in the Muslim world and ended up with our own democracy in tatters."

Now the gravest threat to America comes from our fellow Americans as they slow walk the coup that will end democracy right before our eyes. For the most part, we do nothing. Unless we see the danger they will instill one party rule for as far as the eye can see. Like that day when the villains with a solid plan pulled it off because we were asleep at the wheel, we are asleep again---and the country is driving over a cliff.
Posted by dbrk at 8:15 AM No comments: