Dancing with the Darkness

Frank Bruni Bruni doesn't want us to be them. We're supposed to be the decent people who seek to avoid the moral calumny, the furtherance of a self-debasement. When we speak ill of the dead, we break a rule of probity. But do tell me how we take history seriously if we don't tell the truth? Are these truths we should ignore? I too lament giving them too much oxygen but that is what the living breathe. And my point is actually about the living. So how shall we bury Limbaugh when what he helped create is now such an important feature of our current America? 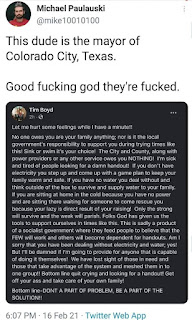 Limbaugh defined the "conservative" message machine and its true purpose---to be as callow, cruel, relentless, boring, bigoted, and above all, utterly self-serving as is possible---and so to say the unsayable again and again, to normalize the hate, anger, and distrust of all who might have another point of view. Lie and repeat the lies until they are just another day on Fox News. Perhaps I should take the kids on vacation to Cancun and not indulge these truths? After all, like Cruz' apologists are saying, what could he have done anyway to make it better?
Oh, and let us not forget the special place for demeaning women, brown and Black people, and other "takers, not makers." Or was that the more dulcet toned Romney? Anyone seen the dog? Roof of the car? Perhaps I should be the snowflake? I am not comparing character, merely the message. Trump merely took that Republican Party to its logical Rush conclusion, not that Limbaugh had any kind of argument but for power, money, and hate. That is the point: there is no argument and never has been. It's about power at the expense of others because that is how power keeps power when it is the only point.
And so we must avoid hate speech and instead take note of the speech we hate? That is quite the dance we're invited to perform. That millions of Americans listened to this horror show day in and day out and then voted in record numbers for Trump should tell us all we really need to know about our fellow citizens' dance and their partners. Who could want to become like them? The irony of this comment isn't lost on me. It's just that truth often hurts. Everyone. But not all hurt is the same and neither is the dance.
Posted by dbrk at 5:46 AM No comments:

Common Ground or Else

Common Ground or Else and Here's Why

Let's start by quoting none other than Mitch McConnell who said, “Winners make policy, and losers go home.” If the take away from this is that Democrats need to act like Republicans to get anything done, well, that would not be irrational. The bonus schadenfreude adds flavor too. But then what? 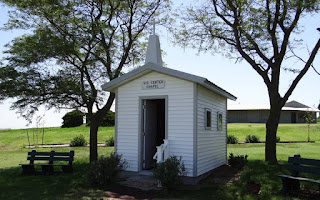