The Sedition Caucus and the Raffensperger Call

I am going to (try to) avoid doomscrolling this morning. You're familiar even if the neologism puzzles. We doomscroll when we roll the news not looking for doom but finding it because we are still determined to face fact before we conjure belief or, god forbid, hope.

When the task is better clarity and an aversion to delusion---our own and the danger theirs clearly poses---we must once again sort through the parables. We may yet need to separate the sheep from the goats but I for one am not interested in anything like the coming glory of the Son of Man. I can get with that whole idea that what is done to the least of us is done to all of us, so let's just stick with that for now.
We are in for a spectacle of national humiliation where half the citizenry (or at least those who vote) and their elected enablers feel no shame and will experience no regret. Instead they will reassert their identity, which is what our politics is being reduced to further. 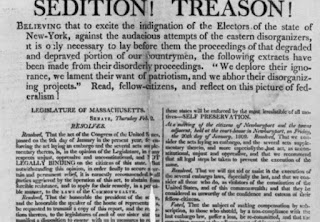 Democracy involves an implicit paradox: one must be deeply convicted to one's principles and values and, at the same time, willing to compromise and, yes, to lose an election. The goal is not to thwart the process or somehow overcome the paradox but to live to fight another day in civil discourse. The further assumption needs to be that the winners serve the interests of their opposition as much as themselves. But while that is asking too much, it is very much the point. When politics is mere identity than nothing matters other than our side---our identity dominates at any price.

We know that the corruption of power knows no end with this guy. We've been saying it all along. [n.b., aargh, I just doomscrolled again, dammit...] but here's what we now have on record: the president of the United States called upon the secretary of the state from Georgia to aid and abet his treason in a scheme to overthrow a fair and free election. How's dem'apples?

Of course, the last time we had _recorded_ evidence of crimes against the republic followed by ten clear counts of obstruction of justice, the president's party ignored, excused, and ultimately exonerated their criminal because their own craven political interests were tied to his. Who needs truth or democracy when you can have reelection and a grift that will make you millions? How many Republicans from Kansas want to go back home after drinking from the ambrosial fonts under the Dome where there's money to be had. We know they will excuse anything and enable the worst failures of a sociopathic autocrat.
Now the plan for sedition is once again right before our eyes and this week is another point of no return. Instead of repudiating these vile, destructive claims, a significant portion of the Republican House and perhaps as many as half of the Republican Senators will _advance_ sedition and attempt a coup. We all seem confident that they will fail and they will. The military has overtly signaled that it will not participate. Former secretaries of defense have drawn a line. All of that is testimony to the fact that we can feel confident, beleaguered, assured and endangered all at the same time. Let's think about that further for practical prophecies.
What this means for the week after this week or after January 20th remains to be seen but let's consider a few immediate likelihoods.
There will not be any grave consequences for the Sedition Caucus or the president. We have already witnessed obstruction of justice, grifting, mob boss coercion and how many other craven acts democracy's subversion and what has happened?

Right, like I said, not much will come of this either. Americans and particularly Republican voters will largely ignore (too busy, don't care, etc.) or agree with Sedition Caucus. Think of the 70 million plus who voted to give this another four years---how that would have undoubtedly consolidated this kind of power to the point of...of what? We shudder to think. We are only one election away from finding out. So this charade is no charade. This sedition is no mere effort to placate the toddler in chief until he leaves for his golf resort. He knows he is in legal trouble and debt up to his pasty encircled eyeballs.

But once this overt effort at treason fails, these duly-elected (despite their own claims) Republicans will dodge, lie, evade, and otherwise deny they were part of it all. Because the American attention span has not seized upon the wonders of jellyfish, they will not remember and these despicable tyrants will get away with it, see no consequences, and possibly be in position to take the House in 2022. Don't tell me they will pay a grave price at the polls.
Like they know, you know they will nearly all be re-elected using the standard white-identity politics that has served to preserve power since, well, since the country's founding. They are all going to pardon themselves, one way or another, and get back to the business of seizing power---this time making it clear that it is at any cost, in any way possible. That is the first, important take away. What real damage is done to the republic because democracy is indeed fragile in the face of tyranny does not bother them in the least.
The process has been underway for years with voter suppression, gerrymandering and the rest, but it matters less now because the desire to _rule_ outweighs any other means to the power of governance. Our second point now should be clear: a president desperate to steal an election and have it recorded is desperate enough to self-pardon. We think that can't happen. But you know there is no bottom. Of course, if you can pardon yourself, you can order any crime or commit it yourself.
And that is precisely what happened on that Raffensperger phone call. Aside from the not so implicit mob boss threats, the denials and shakedowns, what you heard was an effort to _further_ a crime that is _already underway_. That crime will be committed in full view on the floor of the US Congress on Wednesday. By then it is altogether probable that the Sedition Caucus will be emboldened by two victories in the Georgia Senate races.
So after the sedition fails but they gain power---and that may take more than one day---we can expect more self-pardoning to begin. Will that be challenged or dismissed for the sake of "moving on"? The damage to democracy is as incalculable as our unwillingness to create meaning accountability. How exactly is this conspiracy of treason and these explicitly seditious actions to be held to accounts?
Mitch will control the Senate and the effort to govern democratically will again be of no interest, only the prospects of thwarting Biden and gaining more power in 2022. If we there will be accountability by elections and the will of the people, I say that it appears half the country doesn't care or would prefer the sociopathy and autocracy. (Remember that 7 million plus margin of popular vote victory comes largely from only 2 States.) So what can we hope for? As far as possible, Biden and the elected Democrats must work to produce results for the whole country.
Biden may be dead wrong in his belief that he can work with these contumelious villains but at least he gets the idea of democracy: the winners represent everyone and attempt to make life better for everyone. May something, anything like that actually happen in the coming year. Democrats may still lose power in 2022 even if things are appreciably better but we will have another two years to keep democracy from failing and maybe, just maybe live to fight another day. I for one am tired of fighting and would prefer more cooperating, even if that means compromise.
That would tell us we are actually fit for democracy, mature enough to self-govern and face the onslaughts of autocracy and oligarchy, but remains to be seen. So long as we try to tell the truth we stand apart from those who no longer care for the facts but prefer their solidarities formed by identities rooted in cruelty, fantasy, conspiracy, delusion, and power at any cost. We may be the majority that resists such failure but we will have to reach out to those failing, the ones who keep electing the grift and lies, and see if we can help them.
Posted by dbrk at 9:23 AM