The Legacy of Lies and the American Denial of Shared Humanity

We should not be surprised by the Republicans' moral treason that seriously undermines the very foundations of American democracy. We have only tacitly admitted and made law the notion that all citizens have a right to vote. The real problem is that we have never in fact accepted the humanity of all citizens. As noteworthy and horrified as we are by events this week, the deeper and more disturbing issues are not unfamiliar. The lies and the racism are of a piece. 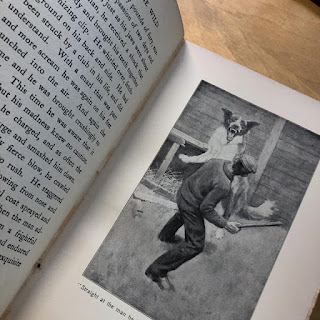 Facts need to be resilient and human-made, which means you could be wrong. They need to be tested and hard-won by method, evidence, and credibility. I've been thinking about the worst legacy, the most dangerous lasting effect of Trumpism. It's the lies.
Welcoming, embracing, indulging, excusing, dismissing, and devolving into a culture that denies the facts, rejects the power of truth, and decides for the lies. This happened everyday of this administration and everyday it was worse until we finally saw the _complete_ dissolution of the Republican Party with its rejection of democracy and indulgence of their pathological leader.
There is one thing, however, that Republicans are not lying about. This is their disdain for democracy when the people vote. But let’s make this clearer. Republicans reject democracy when Black people vote. Their racism is explicit, shameless, and pointed—it is directed at a very specific outcome because they reject the citizenship, the rights, the humanity of Black people.
It is not only fear of the Trump base that motivates the elected Republicans to commit treason. It is a deeper hatred that has never been addressed seriously, an inhumanity they vociferously deny because they refuse to admit the truths of history and prefer to marinate in their own lies, their own denials. What they offer is nothing less than an unconcealed contempt for certain voters—again, what is at stake is not merely the process of democracy but democracy itself and, more importantly, our shared humanity.
What was endorsed was nothing less than overturning an election because certain voters are not regarded as human beings. unfit for citizenship because of who they are. This is beyond mere moral contempt. It exhibits the very worst inclinations of a racist state. We can only say that this is overstated because we can question whether 70+ people, including many who are not white, cannot be voting for racism. But we can say that the vast majority of these voters not only favor overturning an election so long as it is not their elected officials.
Do freshly elected and reelected Republicans mean to disavow their own election? Of course not. So racism doesn’t have to be the stated cause nor ever admitted to be a cause for their votes but the claim that votes themselves are illegitimate is not merely procedural. Those votes are meant to be overturned because of who cast them. To use procedure—votes were cast that violated the rules of voting—is nothing but another lie. To see those who would overturn the election as anything less than wholly complicit in racism is to be in denial of their stated goals.
The election is “illegitimate” because they cannot abide the voters, no matter how they voted and by whatever method. The procedure and the method of voting is the lie they tell to cover their claims about “legitimacy” of human beings.
The poison of the lies is coupled to the kind of moral failure that may have no remedy. For the country this is moral treason to the very idea of democracy itself and, worse, an indulgence of the original sin of its founding. However, that so significant a portion of the America populace is willing to undermine the values of democracy should not surprise us. While we find this dangerous, disheartening, and a real threat to our future, it is as much a reflection of a nation that has never actually treated everyone as human.
Posted by dbrk at 2:37 PM