How the Cult Eats Its Own and Carries On

We all know that they fear the Mean Tweet of Great Leader. You just never know too when you do something, anything, that might win you an insult, an accusation, might stick you with a blame or reprove you for some slight, some failure to be in perfect fealty and concord with His Wishes. You can end up forever condemned but it is more likely you will be used for some future purpose. Nothing need be lost when there’s only the next con, the next need met. 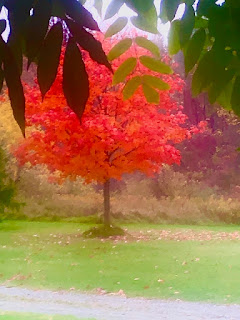 You are always trying to read his mind, anticipate what you need to say to win his approval. And still he might take you down. Even if you are Tucker Carlson daring to ask a question that is supposed to be another softball, to your benefit because, you know, Tucker is always happy to explain for you, pander, apologize or justify in advance before there’s any serious ask. Don’t ask, receive. Don’t care what others ask or want, just state your own “truth” as the true. If (or is it when?) the backlash comes you will panic, that’s part of the deal, but it’s always possible to win yourself back into His Graces because you were never promised anything. Life makes no promises but the ones granted: this is crux of the matter and warrants some more consideration.

In Trump world there are no promises. There are only deals, advantages, winning, and then when the con or the failure gets too hot the reprisals, denials, and on to the next bullying. Was that him just joking, a tease to test out an impulse? Bleech to clean your virus? Did he mean it? What does “meaning it” mean? Not even Bill Clinton was this good at working the meaning of meaning. That’s because words are meaningless beyond the need to win the moment or own the libs: there is no past or future apart from the moment won, and now exists solely for the purpose of being won, dominated, spoken over, commanded. Why do people tolerate being treated this way? It’s because they are encouraged to take up the same. You too can be The Donald. Someday.
We can agree to ignore anything we don’t prefer and take “seriously” whatever we like when that’s exactly the offer of His Example. When things invariably go sideways because of the disconnect between claim and reality, that doesn’t need to pose a problem. If reality catches up you are still in good posture for grievance and abdication. It wasn’t your fault and that’s not impossible in a world that really doesn’t promise much we do control. Most of what will happen to us that we don’t prefer is well beyond our control.
Instead of the pious denouement that it was all God’s will---that previous way to excuse and provide a means of rationalization that gives power to those doing the forgiving---the new task is to command and reclaim the moment. God’s power is now your own. You aren’t subject but sovereign. Prosperity gospel here we come. You never have to be forgiven if you are in fact never wrong. Why appeal to the infallible when you can become the infallible? Has there ever been any other kind of “infallibility” than the one merely asserted?
So don’t worry if you are accused of usurping God, they never meant there was a real God anyway, only the one that let’s you tell us what He is doing through you. You are in charge, not reality. This is a vital step too in accepting the Great Leader’s ways because you want the same thing and he tells you to be like him, do what he does. Remember that the world is yours for the making. You want to be in command, no matter what reality is telling you, regardless of any evidence or facts. You need to be in command because otherwise the world will get you, others will rob you, everything you cherish will be taken from you. To stop them you must never relent in being right in this very moment. The reason nothing like reality or the facts or truth gets in the way of what you want is because you are free. Don’t Tread On Me. The Blue Line Support the Police Flag in the midst of this black versus white world. The evil ones are black and you aren’t. That gives you license to make justice and do what you need to stand your ground. You’ll get away with it. He does. Old Glory on the porch, in the yard, standing tall is telling you that yours is the cause of the patriot. The patriot embodies freedom.
He does whatever he wants whenever he wants it. If that takes money and time and privilege, well, The Leader is showing you that you can do it because he’s doing it. He not has your interests in mind, he represents your goals. So whatever you want, nothing is stopping you. Whether its guns or masks or violence when you feel like---whatever you can imagine or hallucinate, you really can get away with when reality is just whatever you say next.
The words you use can be meaningless or at any time dismissed or disavowed. They can just as easily be asserted and defended---the difference between meaning it and not is pure exigency. For weeks he might deride you or praise or damn you with both but nothing sticks but for now. Nothing will be remembered. There is no future that can’t be reinvented into another now. The world as you want it is yours for the insistence. Use whatever goad you have until the injury can’t be denied, until whatever you say “sticks”. Truth never matters, only what you say.
Now this kind of world must not be granted its power. For it is powerful, because it is not the truth that is powerful or sets you free but power that will take the form of your delusion, dangerous as that may be. We must all out the fakery, the lies, call for the facts, demand that reality presides at the trial of decency and that decency and, yes, truth is worth fighting for. Not because truth sets you free or wins in the face of falsity but because of what happens when we do not make truth an honest aspiration. Truth doesn’t rule the world, it serves honesty and decency and those must be choices we make in a world that neither cares or demands their being at all.
Posted by dbrk at 8:07 AM