The Moral Imperative to Grieve

There is a moral imperative to grieve in these difficult times. We must grieve for lives lost to disease and political incompetence, for a society sick with hate, fear, and racism; we must grieve for the exploitation of earth and the violence that everywhere threatens life itself. If we can grieve together we can also become more awake and aware to love with greater energy, care, and focus. 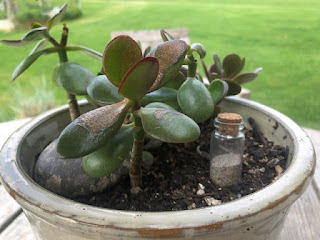 Without the pain we experience in one, we shall not find the empowerment we need from the other. We are fundamentally dependent, connected, and vulnerable, no matter what other claims we make regarding personal liberty or responsibility. If the former is true---or at least admitted to be true---then we also share moral responsibility.

I think what we are seeing as much in America is that we do not as a society in fact share these same values or claims. We have a political party that has used the tropes of individual freedom and personal liberty to argue we should be freed from any great societal responsibilities and free to do as we please, so long as "we" means their own selfish ends. The other political party struggles to make good on any of its ideals because the forces of capitalism, exploitation, and the structural failures destroy the seeds of decency before they can truly take root.

Let us not resort to any false equivalencies. This is not now nor has it been for many years a problem merely of "both sides." Since deeper values contradict stated religious claims---love thy neighbor, blessed are the meek, the peacemakers, blahblahblah---they have had in the past had to fashion an artifice of dissimulated respectability. The party of "individual liberty" no longer even maintains the facades of decency.

But now what is their excuse? The curtains have all been pulled away. They feel no shame, no lament, they seem incapable of grieving even for themselves but instead foment anger, displays and enactments of violence. Not even the ethical indifference of a virus that attacks any and all is apparently enough to conjure a notion of connection or empathy. What nature has done is plain; what culture is failing to do may bring generations of despair.

Not to grieve the victims of pandemic, not to acknowledge the pain and the grief of communities subject to violence and systemic inequity, is more than a failure of politics. It is a failure to love. For those who cannot grieve for more than their own do not love even their own. We expect a President to represent more than policies and the administration of the law. We expect, at the very least, moral competency and the displays of conscience.

Moral grieving is yet another kind of requisite for leadership because it speaks to the love of justice and its losses, inadequacies, and hypocrisy. One must actually come to some kind of identification with the suffering; one must step into the impossible place where empathy invites us into another's experiences and into the histories of human experience. And that first requires recognizing another's humanity even if that recognition must first be filtered through the myopic lens of one's own personal experiences.

"What if that were me" suggests no great ethical achievement; it is but the narrowest path to emotional connection. And yet what happens when leadership is incapable of even this level of association? What happens when someone is apparently bereft of these elemental human qualities? Can that even be? Can someone be so morally bankrupt and emotionally arrested that there is no such feeling or responsibility? We are witnessing this right before our eyes.

There are alternatives and people of character and decency. They are all flawed. No one gets through life, much less a political life, without deep and serious mistakes in judgment and compromises of character. To admit that is to grieve and invites us into the heart where we might yet find ways to love one another enough to rise to the moral imperative of this troubled age.
Posted by dbrk at 7:48 AM